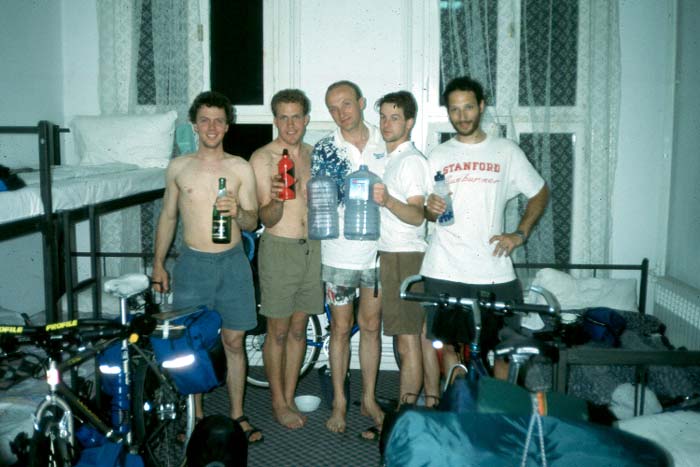 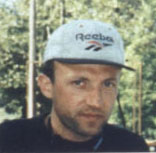 We started May 15, 1995 in Instanbul, Turkey, after about a year of planning, buying gear, and getting visas

The route plan was this: Istanbul, Turkey to Sinop, ferry across the Black Sea to Yalta, Ukraine. Bike across Russia to the Caspian Sea, ferry across to Turkmenistan, cross the desert to Tashkent, Uzbekistan. From Kyrgyzstan on to the Karaokoram Highway through China to Islamabad, Pakistan. Through India for 1000 miles to Katmandu, Nepal, to Lahsa, Tibet. Cross China into Ulan Bataar, Mongolia, and then take the Trans-Siberian Railway back to Moscow in the middle of October.

The trip was planned to take 130 days, including 30 rest days. The total distance is 7000 miles (11200 km), for an average riding day of 70 miles. We packed all our gear with us, and spent the night camping in most places.

We started the trip with five riders, two of whom had extensive bike touring experience. Alex, a mechanical engineer from Stanford and big-time biker organized the whole thing. He crossed paths with Doug the Canadian on a previous bike trip. The rest of us were new to biking. Brandt he knew from home, and Nathan knew him from college. Via the Internet, we had found a Ukrainian rider named Oleg to join us on our journey, to act as a guide through the former USSR. We had also tried to find a Chinese rider with no success. Alex and Doug finished the trip, with the others dropping out at various points along the way for a variety of reasons.

Follow the trail - these are Doug's daily journal entry notes (with lots of pictures):

If you're thinking about planning a trip of your own, we've collected a lot of our planning information here:

If you like this trip journal, check out Alex's Caucasus trip.